Welcome Writers
After a busy summer season, we are especially grateful to our contributing writers. We welcome Aimee Robinson who wrote about the amazing LA Pomeroy. Alexandra Pingree and Laura Thompson, who interned with us this summer, each penned an article. Alexandra’s Strap One On is in this issue and Laura’s IHSA Nationals piece was out earlier this summer. Jenni Martin-McAllister agreed to write about her hot time in Lexington this summer at NAJYRC. Erna Adelson had the pleasure of spending time with Barmen and Brooks of Balmoral Farm and she hopes to do more. Selena Frederick, who has worked with us for almost a year, had some “Conversations with Equestrians” – two in this issue – Nick Haness and Ali Nilfourshan. From Jennifer Wood we have two articles – one on the amazing Spruce Meadows Masters, where not only is the show jumping huge but so are the crowds; and the other about Unbridled Passion, a recently released book that we can all relate to. 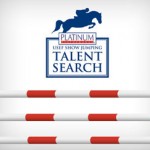 West Coast Rocks the East Coast
There are several special occasions that spur us to travel east for some keen competition. From a WEF winter in Wellington, Devon in May for those who qualify, Lexington in August for the USHJA International Hunter Derby Final, Saugerties in September for the big money weekend and finally fall for the indoor shows, the west coast continues to make their mark each year.

The most recent rally was the group who ventured to upstate New York for the two biggest money events of the year, the $500,000 Diamond Mills Hunter Prix and the Pfizer $1 Million Grand Prix. Top west coast riders in both the Hunter and Show Jumper arenas not only held their own but brought home big prizes. Although competing in superb weather is almost a given here, west coast horses and riders braved a deluge of rain while galloping on course on Sunday, September 11th.

Out of sixty-two entries in the $500,000 Diamond Mills Hunter Prix, Jenny Karazissis and Heidi Kane’s Sin City won BOTH Round 1 and Round 2. Nick Haness and Jessica Singer’s Cruise won Round 3 and finished second overall. Archie Cox and Stephanie Danhakl’s After Five and Hope Glynn and Sabrina Hellman’s Woodstock made the top twenty-five. And Erin Bland on Weatherly (12th), John French aboard Oscany’s Illusion (7th) and Katie Taylor on Iwasaki & Reilly’s Small Collection (5th) all finished in the top twelve.

Following that feat, three west coast representatives finished in the top ten of the Pfizer $1 Million. As one of only two clean rides in the entire class, Duncan McFarlane and Simon Coxe’s Mr. Whoopy were second. Coming back from a season in Europe, college hot shots Saer Coulter on Copernicus Stable’s Springtime and Lucy Davis riding Old Oak Farm’s Nemo 119 picked up sixth and ninth. Well-known riders McLain Ward, Margie Goldstein and Christine McCrea, who were also fresh off European tours and are heading to Guadalajara for the Pan Am Games (Margie is an alternate), placed third, twelfth and fourteenth.

Congratulations to all on an outstanding showing, you represented the west coast with style.

HITS Revision
When we sent out the HITS e-blast in August we had a misprint – the 2012 HITS Desert Circuit will have DC I-VI (no seventh week). Circuit dates are January 24th – March 11th, 2012. Check the HITS site for details.