As John Quirk himself often asks, “Where to begin?” Just start writing is his motto. Read on then for my stream of duly impressed consciousness. 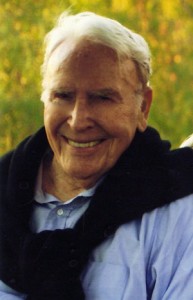 I’ve known John and Tish Quirk since my college years (let’s say for a couple of decades), where I took several semesters off to fuel my passion for horses and competing. One of my adventures away from campus was a brief trip to catch the glorious crown jewel of the indoor circuit, The National Horse Show, at the time still alive and well in NYC. I was supposed to compete but had sold my qualified hunter weeks before. Yet I still wanted to go. Somehow I ended up gallivanting around with the Quirks, publishers of HORSES Magazine, and had a grand time. A fond memory of my youth.

Fast-forward to now. One goal of this e-newsletter was to highlight a few of the people behind the World Cup Finals – not just those fabulous riders that we flock to watch – but the team of people who commit countless hours to provide those horses and riders the perfect stage for their performance. There are many, and we hope to talk with more over the years. Since John Q is the reason the World Cup Finals came to Vegas, he was on the top of the list (not to mention that Robert Ridland spoke so highly of him).

He graciously agreed to have coffee even though the production deadline for the 2009 Rolex FEI World Cup Final Program, at almost 200 pages, loomed. He claimed to welcome the break. During the course of our conversation our coffees grew chilly, my fully charged computer battery died – and a story of five careers unfolded. Since John Q is a young eighty-eight years, he has this incredible depth of experience, vast knowledge and is a phenomenal storyteller.

Now I could go into his string of successes before he got involved in horses via his beautiful wife Tish. And I intend to at another time. John is truly fascinating and an inspiration to us all. But the topic at hand is World Cup and how it came to have five illustrious years of success in Sin City. It’s not often that a person of this caliber enters the sport as an adult, is not a rider, and has the vision to take it places.

Rewind twenty-two years, on a train to Versailles, when a light bulb went off in John’s head. After the success of the 1984 Olympic Games in Los Angeles, why not find a way to host a World Cup Final on the West Coast? From that illuminating moment forward he relentlessly pursued this passion. The light grew brighter as he later envisioned the ideal location for the show of shows – Las Vegas. A few years later, while running and writing for what he and Tish had built into one of the nation’s top equestrian publications, HORSES Magazine, and owning a string of successful show horses, John was working towards his illustrious West Coast World Cup goal when the chance to potentially host the event at the nearby Del Mar Fairgrounds came along. Not able to resist a World Cup occurring within 15 minutes of home, John put aside his Las Vegas dreams and pushed all the buttons to bring a World Cup Final to Del Mar. So just five years after the light bulb blinked, the 1992 Volvo FEI World Cup Final came to fruition on the West Coast. It was a success, however not to be repeated. Allowing a tented structure for this inaugural year, the FEI required a permanent roof, which Del Mar’s arena does not have.

Fast-forward again a couple of years as the light was once again blinking for Vegas. John Q networked his way into the offices of a couple of casino CEOs who embraced the concept and led him to Las Vegas Events. This was a tremendous turning point. The light transformed into an illumination, more masterminds were involved and Sin City planned on a bid for the 2000 World Cup Finals. In 1996 the FEI Board of Directors voted to accept the bid. No longer just a light in the mind of one man, the lights of Vegas, both literally and figuratively, would shine for the Volvo FEI World Cup Final.

John Q continued to play a major role as the illustrious team made of equestrian and event experts began to evolve. This was the beginning of a long-term relationship, a successful marriage of event and equine, culminating in setting a new standard for World Cup Finals.

Here’s where we mention a few of the many hurdles this collective group managed to jump in order to see this inaugural and ensuing events come to life.

Hurdle #1: In 1997, after twenty years of supporting the World Cup, Volvo opted not to renew their sponsorship. Some thought this might be the end of the World Cup Final. Not so. Not only did the Las Vegas Events commitment remain intact, Budweiser came along as the sponsor for 2000. And in later years, as we well know, Rolex took on the title sponsor role.

Reward: Due to the unwavering commitment by Las Vegas Events, they were awarded options to host the World Cup Final in 2003, 2005, 2007. Done.

Hurdle #2: A horse show or an event? That question needed to be answered Vegas style. John Q was on it. The logistics of running a horse show in one indoor arena were challenging enough, but what about the Vegas aspect? When would the entertainment fit in? The light bulb continued to burn brightly for John Q – have the horse show be just the World Cup Final, no other classes, add in the Vegas entertainment, of course some great shopping and then let the thousands of equestrian fans loose on Sin City. Brilliant. Done.

Now John Q would be quick to remind me that the tremendous success of the World Cup in Las Vegas was the work of many. And of course that is true and essential to pulling an event of this magnitude off smoothly. But this piece is about a man who single-handedly had a vision and made it come to life. We just witnessed this vision for the fifth time and hopefully not the last.

To top off this tribute, let it be known that one of John Q’s other careers was a published author. Six successful books in the late sixties. As an author, he pens much of the content in the Rolex FEI World Cup Official Program. Worth reading, his prose is both fun and forthright. This year he wrote ‘Show Jumping 101 – Jumps and Such’ an informational yet funny piece on the basics, the course designer and the thrills and spills of the sport. He along with Max Amman named their top ten. And John Q explained the intricate genius behind the World Cup scoring system. That’s not all – he authored his opinions on happenings in the sport up to this point, including the stories of how Rich Fellers got the wild card and what happened with Anky. Plus a sweet and simple goodbye from John Q and Tish. Although it isn’t really a goodbye, it’s just a so long for now until we come up with another fabulous idea or see you back in Vegas.

All of this, plus my intensive interview and he is eighty-eight years old. I haven’t even told a tenth of the story. Makes you think – what’s your vision? It’s never too late.