Francisco Pasquel and Equ Lifestyle Magazine
During the summer season we hear quite a few Spanish names, as a large group of riders from Mexico join us to compete at the Blenheim shows and enjoy all that southern California has to offer, from dining to shopping to the sunny weather (summer is rainy season back in Mexico). The show season in Mexico runs from January through May and finishes with shows during the fall in October and November. Not quite a decade ago, equestrian Francisco Pasquel and his partner Alvaro Escobar started the Sports Management Group (SMG), which now produces twenty of these competitions during the year at several different locations. 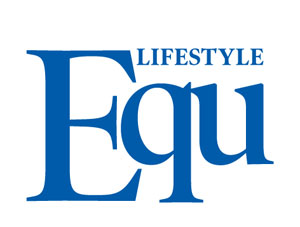 Garnering some of the country’s best and most elite sponsors for these shows, Pasquel and Escobar thought to complete their sponsor package they would create a unique print piece for them to participate in. So just a few years ago, Equ Lifestyle Magazine Mexico was born.

Wildly successful and well-received in Mexico, the stylish publication is now expanding to the US market, starting right here on the west coast. The August/September issue is gorgeous. Take a look and you will see, the imagery within speaks louder and more eloquently than these words.

That said we took a moment to speak with Francisco Pasquel about Equ, SMG and horses.

EqSol: Where are you from?
FP: I’m from Mexico City – lived there all my life.

EqSol: And your equestrian background?
FP: I’ve been riding since I was four years old. My father rode. I have six brothers, I am the second oldest. My older brother, Patricio, and I ride. He competed in Wellington and Calgary this year, but didn’t come to California.

EqSol: Your horses?
FP: I have a 9 year old, Calvada Z, competing at the Grand Prix level and a 6 year old, Montejo, who is going really well.

EqSol: How about your show management background?
FP: Previous to SMG there were shows in Monterrey and Jalapa. Nine years ago we decided to expand that a bit.

Several of our shows have grown quite a lot over the years. We have one in Valle de Bravo, which is a resort area around a lake, and in six years it’s grown from 80 to 600 stalls. We have a competition every year called the Nations Tour Team. There are twelve teams and each one is sponsored – BMW, Land Rover, Grey Goose, Mercedes Benz, Banco Norte, etc. – and teams compete in five shows throughout the year. Then we have the finals at the biggest arena in Latin America, the Estado Mayor Presidencial. Plus we have a fabulous party.

EqSol: So how did you get into publishing?
FP: Why did we do it? Well, because it didn’t exist. We wanted to fill a gap that we felt wasn’t being served. So we developed a lifestyle publication with an equestrian component. Do you know the magazine, Robb Report? We fill a similar niche.

It’s really taken off. We are expanding to 8 issues with two specialty issues, one focused on travel and the other on ‘The Best of the Best’.

EqSol: Tell us a little more about the start of Equ.
FP: We started just three years ago. We now publish 10,000 copies in Mexico that are sent to our exhibitor database and distributed at horse shows, golf events and exclusive bank and airport lounges throughout Mexico.

It really works to expand the reach of the brands for this audience. We bring the brands and the equestrian world to the distinguished reader, whether or not they ride.

EqSol: And now the US market – what’s your plan?
FP: We are planning on three bi-monthly issues as a start. We’ve hired two great sales people and plan to hire a third for the corporate aspect. We also are looking into publishing an east coast edition. That is in the works.

EqSol: Will the issues from Mexico be similar to those in the US?
FP: They are similar. In Mexico the publication is geared more towards men. 90% of equestrians in Mexico are male. In the US there will be more of a female focus than in Mexico, since that statistic is different in the states.

EqSol: Not only do you publish a gorgeous magazine, but you’ve embraced social media – all the news, all the time…
FP: We have an Internet group in Mexico where two people post YouTube videos and handle all the news for Facebook and Twitter. We have almost 9,000 followers!

Thank you Francisco for your time and for having the impetus to bring Equ Lifestyle Magazine to the US. As we savor this issue, we look forward to the next!