On the projects completed so far this year front, we hear that the NARG Top 25 booklet we produced in January has started many conversations and opened quite a few eyes. As an advocacy organization, the North American Riders Group analyzed and rated the top 25 horse shows in North America. 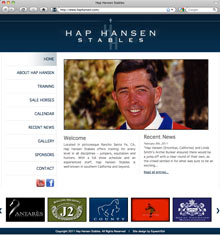 Staying busy but always up for some great equestrian action, we traveled to both Thermal (briefly, as Selena kept an eye on things) and Wellington this winter. Have to admit the next best thing to being there was watching the USEF Network for Wellington highlights and SJUTV for happenings at Thermal!

Do You Tweet, Facebook and Check your Email Before Breakfast?
So taking a moment to ponder what we’ve accomplished over the last decade and the possibilities of the next, I realize how much interacting has changed in recent years. When I started this venture, many of my equestrian contacts didn’t have email. The pace is fast and sometimes it feels we need to stop the clock in order to catch up. We are spending as many hours as we can spare soaking up the ‘conversation’ and making plans to take a bigger leap into the future.

Speaking of the conversation, social media is the true madness we are all living at the moment. Over one billion tweets are sent during the course of a week, and hundreds of millions of people are on ‘FB’ connecting with anyone and everyone, essentially whoever is joining in at that moment or possibly a few hours before. Isn’t it fascinating that Facebook has become the world’s word of mouth. We are connecting in ways that we never imagined. Blogging is bountiful. When I have the time, I enjoy Erin Gilmore’s well-written and witty On The Line Blog. And if you aren’t Kristin Medall Simpson Hardin’s Facebook friend you are missing out on some hilarious anecdotes. I am not a social media addict. I just don’t have the time. The day could come as I can definitely see the draw. However I do check my email on my phone before I get out of bed…

Although we only made it to Thermal for one weekend this year, and late at that as we fought through four hours of LA traffic, we were present to witness John French and Crown Affair win the $10,000 COTH/USHJA International Hunter Derby during Week III. Check out the video here. Waldenbrook Farm had a very successful circuit, as you will see by their multi-page ad run in development.

We would also like to congratulate Joie Gatlin and Camaron Hills Quick Dollar not only for their $50,000 HITS CSI-W Grand Prix win during Week V, but for their consistency throughout the World Cup qualifying season. Joie and Keri Potter are currently second and third to Rich Fellers in points – will they be the three West Coast riders heading to Geneva in april? 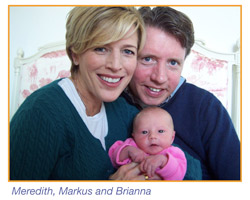 Although many of you have heard the news, we are excited for new parents Meredith Michaels-Beerbaum and Markus Beerbaum on the arrival of Brianne Victoria Beerbaum. Just over a month old, Brianne was born February 27, 2010, in Bremen, Germany. She weighed 7 lb. 9 oz (3.43 kilos) and was 20.5 inches long (52 cm). Meredith writes, “The three of us are healthy and happy and very excited about the future.”

Newsletters abound this season, so don’t miss out on the opportunity to follow along or better yet be a part. We are going greener with our print editions, look for them at select Blenheim EquiSports shows. And we are gaining ground with our e-news edition, consistently adding new recipients.

Delving into the world of social media and the latest in web development, with our clients and sport in mind we are working on some interesting projects that will unfold this year. Contact us with your marketing goals – we have solutions.

If you’re on Facebook, view past articles, suggest topics and future interviews, and become an EquestriSol fan.

August is right around the corner, with another great round of horse shows to look forward to!

We’re excited to announce the launch of the Silverlakes Equestrian & Sports Park website. We have other sites in the final stages – look for them in the coming weeks.

We love hearing from you, keep the feedback coming…

Welcome to summer! Loads of web site projects are in development, look for launch announcements in upcoming newsletters. Speaking of newsletters, there will be two coming your way in June at the Blenheim shows, so don’t miss out. Consider advertising – announce, promote, congratulate, thank – be a part of the newsletter craze!

We’re excited to welcome Katie Kotarak to the EquestriSol team. Interning with us for the summer, Katie will be a senior at St. Mary’s College in Notre Dame, Indiana next semester. Come say hello – she’ll be joining us at many of the upcoming Southern California shows this season.

We love hearing from you, keep the feedback coming… 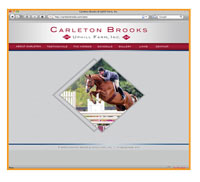 We are happy to announce a new website for Carleton Brooks. Although it is always interesting to learn more about our clients as we develop their campaigns, CB is especially dynamic. We look forward to adding to his site as he continues to tell us the stories. See this week’s Conversations With Equestrians for more.

A full schedule of summer newsletters is in the works. With fabulous content and also a continuing list of great events, look for us at Blenheim and LAEC shows. Not showing? Join our email list and receive it in your email inbox (close to 9,000 already do!). Great advertising opportunities both online and in print – be a part of the excitement! Contact us at 310.930.2744.

For our readers that are not yet familiar with the latest way to get mobile, instantaneous updates from your favorite news sources, celebrity gossip, and your friends, welcome to Twitter.

Twitter is a service that allows a user to answer the question “What are you doing?” by sending 140 character updates from a mobile phone or the web. These messages, called Tweets, are visible to everyone “following” that user and appear the moment that they are posted. This service has quickly revolutionized the way that the media operates and has transformed social interactions globally. While some may have mixed feelings—we know, Twittering does conjure the image of a tech-obsessed teenager—rest assured that there are plenty of practical applications for this tool, especially in the highly mobile, intricately connected show jumping world. 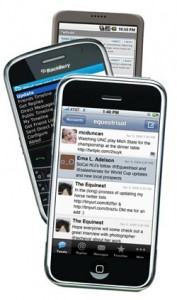 Using Twitter, EquestriSol will now be able to bring results and updates from the West Coast’s most prestigious horse shows (and who knows where else) the minute that they are posted. Followers will also be able to see news updates, receive reports, know when hot sale prospects are on the market – all this from just about anywhere.

How?
If you haven’t already, check out EquestriSol’s Twitter page. Go to twitter.com/equestrisol. This is your source! Now, follow—and join the conversation. Start your own personal soapbox by signing up for an account at twitter.com, and tweet something about what you’re doing at that moment. We also love feedback! And we will try to respond.

Twetiquette: Twicks of the Twade (sorry, couldn’t resist)
Twitter has quickly formed its own social etiquette, known to Twitter Peeps (Tweeps) as Twetiquette. Twetiquette allows a network of followers to more easily find the information that they want, prevents potentially harmful posts, and assures that the source of information is credible.

Hashtags:
Hashtags are part of a system that makes finding information on Twitter easier. By marking keywords with the # symbol, users help people searching Twitter find related tweets in one convenient list. EquestriSol will use hashtags to indicate the event we are presently attending (#WorldCup09 for this year’s World Cup).

For example, a tweet from the upcoming World Cup might look like this:
equestrisol: Bond fast and clean in Round 1, Harley Brown in the ring now! #WorldCup09

If you want to get a list of all tweets about the 2009 World Cup, simply search for the tagged term at search.twitter.com. To pass the info along to your followers, you can Re-Tweet (RT) by crediting and copying the original source. For example:
HorseShowFan: RT @equestrisol: Bond fast and clean in Round 1, Harley Brown in the ring now! #WorldCup09

In Twetiquette, re-tweeting is a major compliment, so RT @equestrisol anytime.

Finally, once you’ve signed up and add the appropriate app (TwitterBerry or TinyTwitter for the BlackBerry, Tweetie or Twitterfon for iPhones, and Twidroid or TwitterRide for Android mobiles), then tweet and # from wherever you are. See you in the Twittersphere… 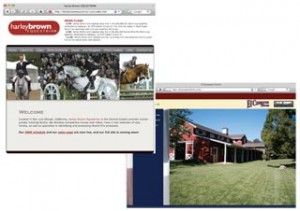 We are pleased to announce websites for Harley Brown and El Campeon Farms:

And look for pages of 2009 HITS Desert Circuit achievements from Waldenbrook Farm in the latest edition of ShowBiz Magazine.

Congratulations to everyone on a great winter season and fabulous start to the spring. Contact us to be a part of the EquestriSol newsletter: [email protected] | 310.930.2744

See you at the World Cup!